JpegMedic Viewer is a specialized viewer of damaged jpeg files.

In case of critical damages of a file or if a portion of a file was cut off for some reason, image viewers have no other choice but displaying the part of the image file they were able to decode without errors: 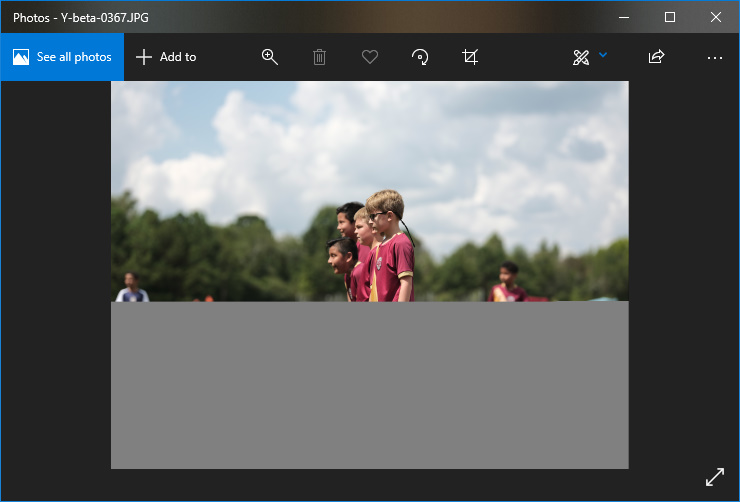 But JpegMedic Viewer goes further. When modern cameras and smartphones save a jpeg file, they add a thumbnail copy of the original image to the metadata. This is done to speed up preview of the photo, and such a thumbnail preview can actually have quite high resolution, sometimes up to 1440x960 pixels. JpegMedic Viewer knows about 20 ways to store and encode such thumbnails, and can extract them. This effectively means that the tool can combine the original non-damaged image with the thumbnail preview and hence recover a fuller version of the original file:

Surely, the quality of the recovered image barely can compete with the original, and you can see differences between the original part and the added thumbnail with the naked eye. However, if an important photograph was damaged, even such a version is still much better than nothing:

JpegMedic Viewer allows saving the resulting image as a new jpeg file. It uses lossless saving in this case, which means the original fragment of the file is saved bit-to-bit, with the scaled up thumbnail part simply added to it. All the metadata of the source file are also saved unchanged. With JpegMedic Viewer you can individually save thumbnails to separate files too.